We have now hiked/biked the entire Pinnacle Section of the trail, which is close to a quarter of the total distance. 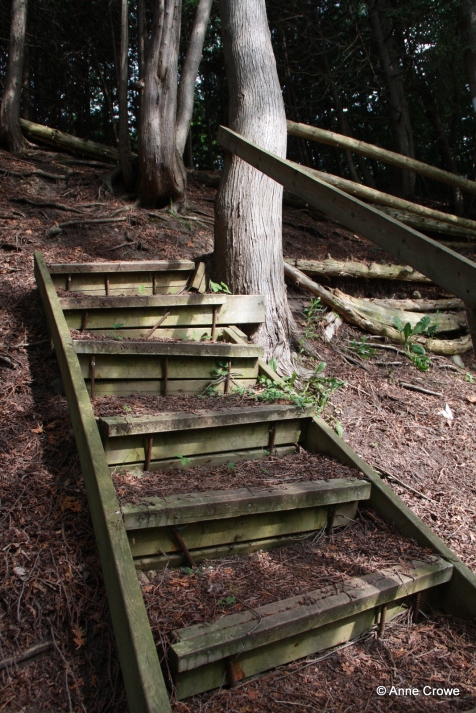 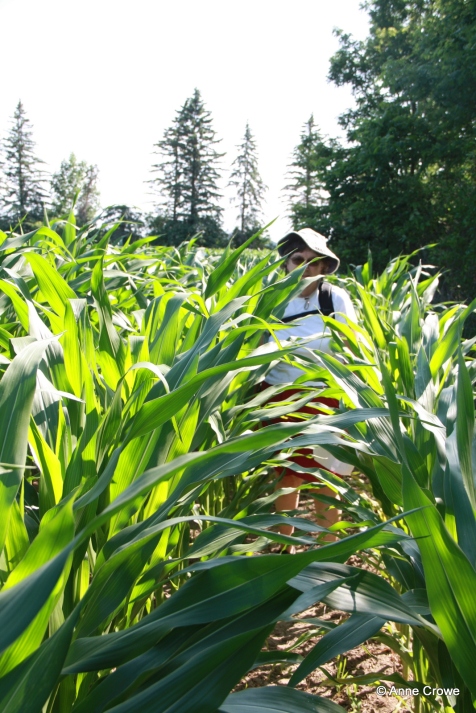 The heat wave continued, so we set out early in the morning, tackling the section south of Elora.  The day started auspiciously with a sighting of a mink, running across an old bridge which is closed to traffic.  Initially the trail was well used and well marked, winding its way through a forested area.  Then it skirted a field of corn, which is now almost as tall as an adult.  After a short section along Eighth Line W to Wilson Flats, the trail headed past a Grand River Conservation Authority tree nursery and along a snowmobile trail. 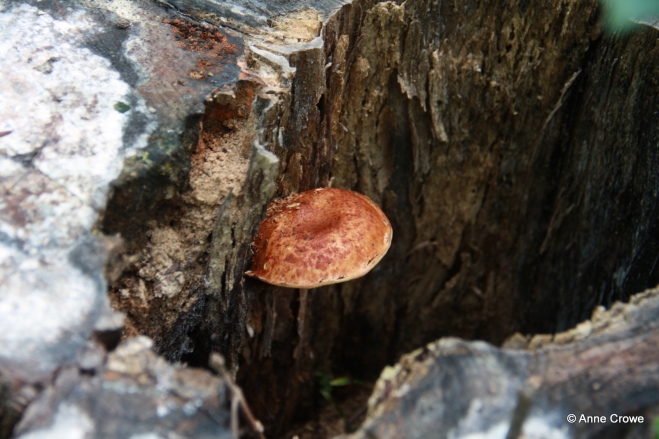 Thankfully today we remembered the mosquito repellent as the bugs were out in force.  For some reason, numerous spiders had strung their webs across the forested trail, making for a spooky hike.  Next time I will bring a hiking pole!  The trail follows closely to the river, offering numerous glimpses of the rushing water.  Although the river is navigable here, it is very shallow, so canoeists should bring a sturdy, flat bottom canoe and be prepared to get out and push at times.

Then the trail headed into a meadow and things got interesting.  The blazes were few and far between.  The vegetation was almost over our heads.  We were pleased to see a many milkweed plants and some butterflies, including a couple of monarchs.  A stand of willow trees extended their trunks over the water, reminding us that the indigenous name of the river is O:se Kenhionhata:tie or Willow River. 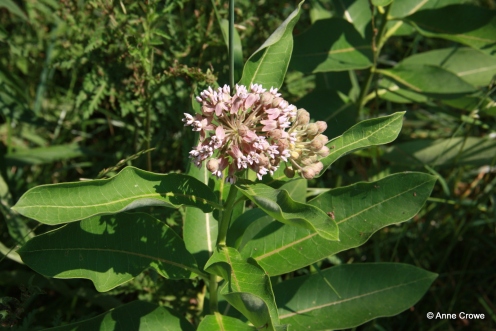 We were less than pleased to have to bushwhack through thickets of nettles and giant hogweed.  I regretted choosing to wear shorts and sandals because of the heat.  Thankfully, despite the lack of trail markers, the trail follows the edge of the river so it is impossible to get lost.  Finally we made it to the Pines Campground of the Elora Gorge Conservation Area.  We took the scenic route through the campground along the edge of the Elora Gorge, high above the river and the young people tubing down the ravine, back to the Elora Community Centre. 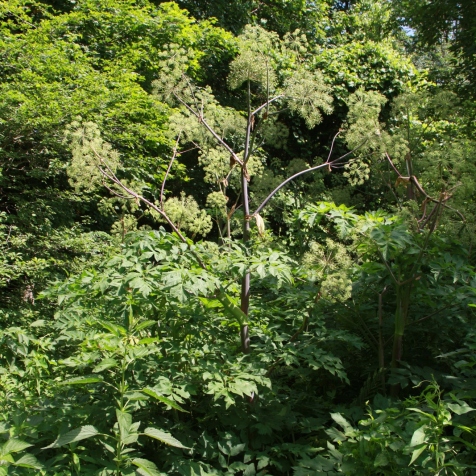 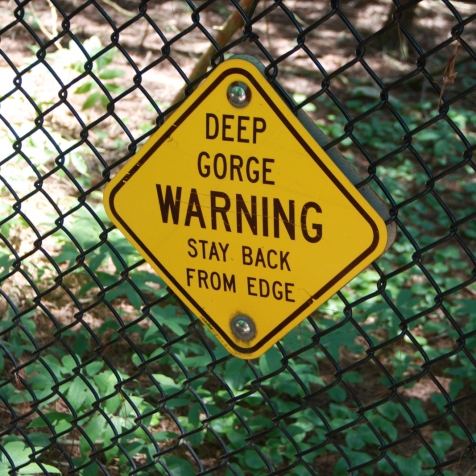