Apart from a short detour through Snyders Flats, the Conestogo section of the Grand Valley Trail goes along high speed rural roads from Winterbourne past Bloomingdale.  Traffic speeds are high.  Rather than hike beside busy roads, we decided to hike the Snyders Flats section first and then bike along the roads early on Sunday morning, when hopefully most drivers would either be at church or still snoozing in bed. 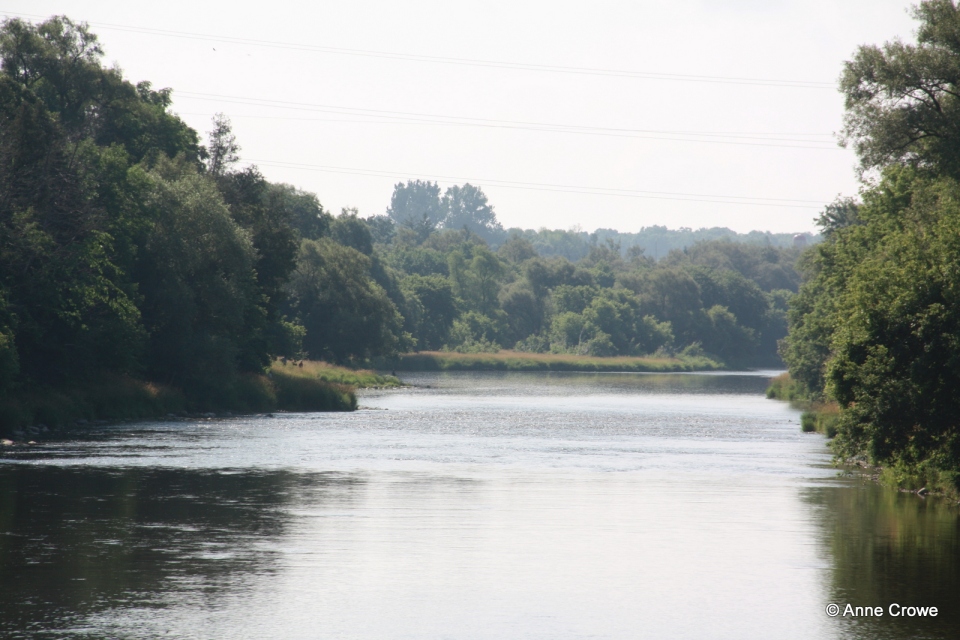 Snyders Flats is an area of former gravel pits.  Part of the area is still owned by extraction companies and the rest has been restored and turned into a Grand River Conservation Area natural area with several ponds, meadows and young forest.  After a short hike through woods behind the village of Bloomingdale the trail offers a view over the Grand River.  We could hear the noise of swimmers enjoying Kiwanis Park on the other side of the river.  Then, to our disappointment, we found that the trail had been detoured along an old side trail at the request of the extraction company that owns the land. 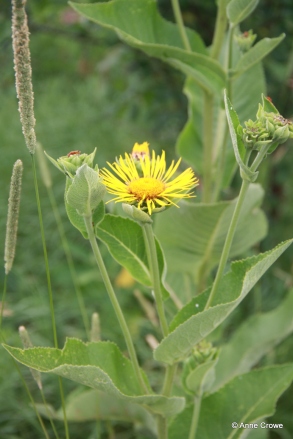 It heads to Bloomingdale Mennonite Church and back to the main road without reaching the flats.  We decided to detour off the Grand Valley Trail to reach the GRCA natural area, which is well worth a visit.  There were many other people, most of whom had come with a large friendly dog or two, which were cooling off in the ponds.  Above the entire scene were a pair of osprey nesting on a hydro pole, taking turns to feed their squawking baby.  A group of young Mennonite men were returning from a picnic. 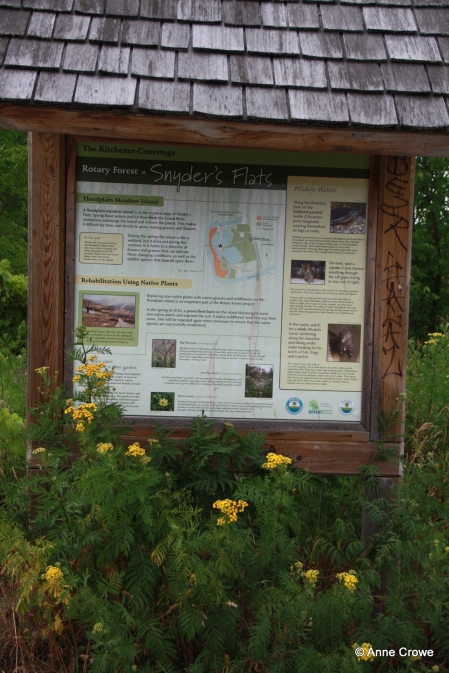 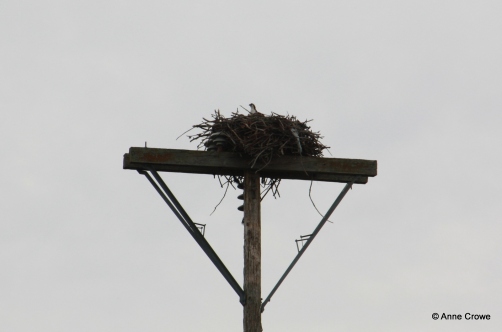 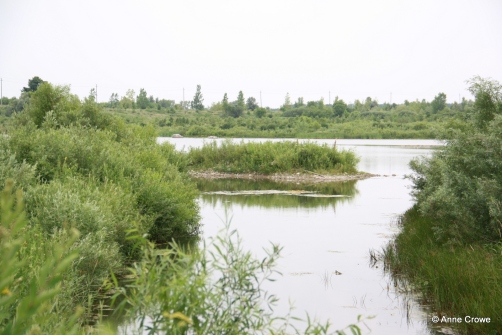 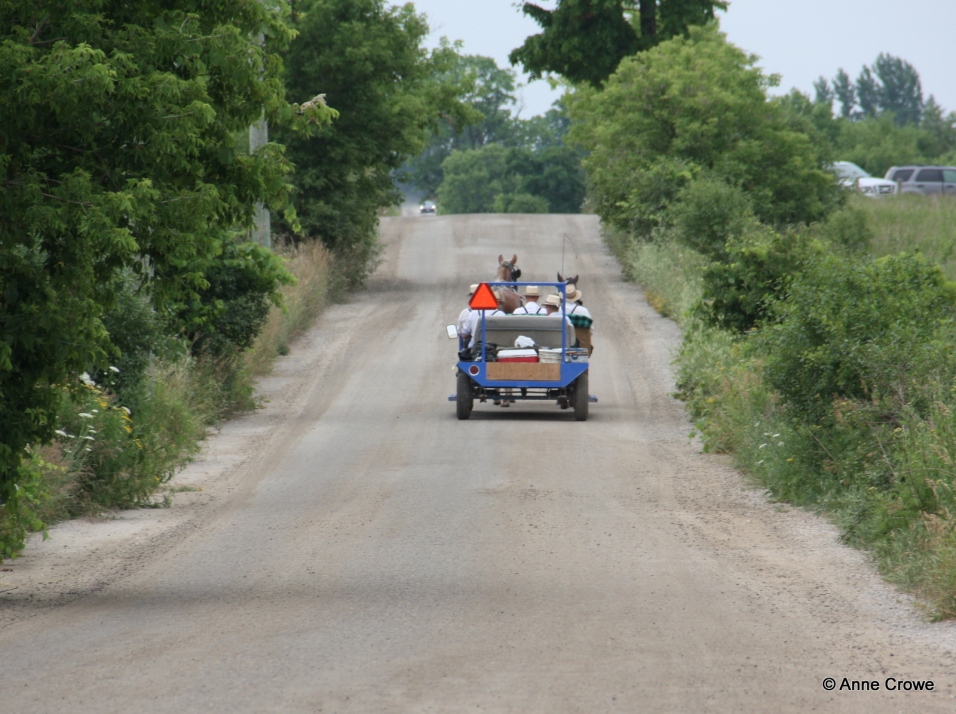 We hiked through the conservation area, past the ponds and alongside the Grand River, with good views of the RIM park golf course in Waterloo.  This is the closest the Grand Valley Trail gets to Waterloo.  Then it was back up Snyders Flats Rd to rejoin the official trail and return to Sawmill Rd. 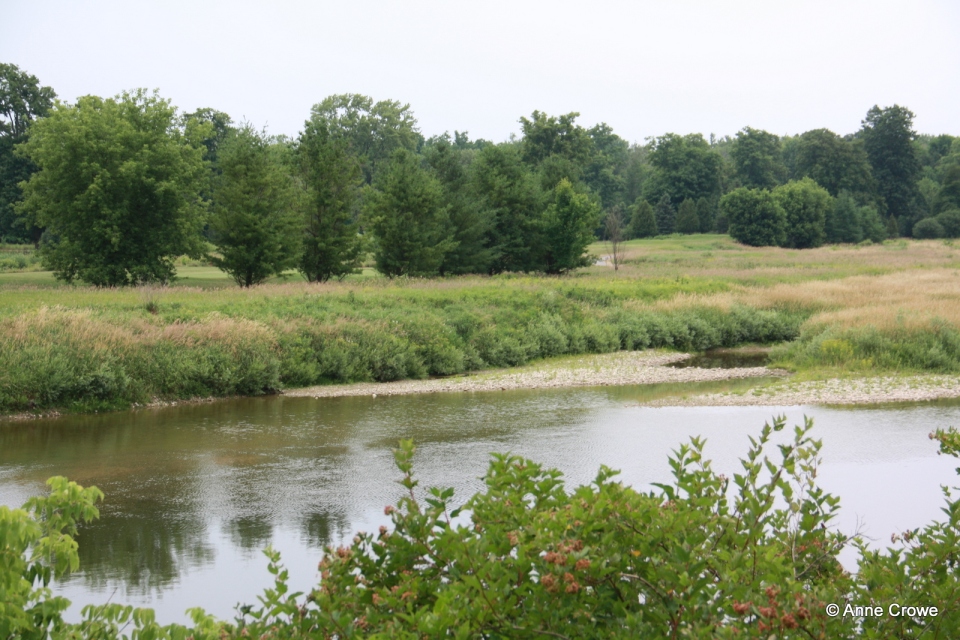 On Sunday morning we set out along Katherine St in Winterbourne.  This is a popular rural cycling route and we saw several other small groups of cyclists.  Sawmill Rd passes close to the river allowing frequent glimpses through the trees.  Then it climbs a hill and gives a great view across the Grand River flood plain to the skylines of both Kitchener and Waterloo, visible in the distance.  We finished on Ebycrest Rd where the trail heads off beside a cornfield.