Cycling the length of the Kissing Bridge Trailway from just outside Guelph to Millbank (43 km).  Click here for a map of the trail.

Once upon a time, there were train lines crisscrossing North America.  One of those lines took people and goods from Guelph to Goderich and back.  The line was abandoned in 1988 and has been leased to local municipalities.  It is now being developed as  The Goderich to Guelph Rail Trail, fondly known as the G2G.  The eastern end of the railway line in Guelph is still in use, so the trail starts on Silvercreek Parkway N and heads west.  From here to Millbank, the trail is in the Grand River Watershed and is known as the Kissing Bridge Trailway, as it passes the covered bridge in West Montrose.  The Trans Canada Trail takes this route as far as Wallenstein, at which point it jogs south towards St Jacobs and Waterloo. 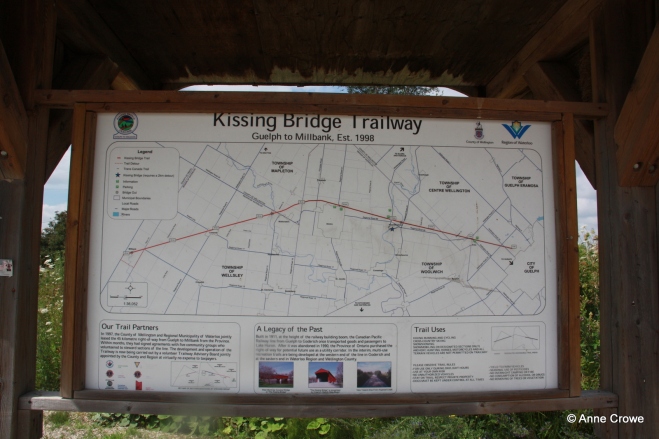 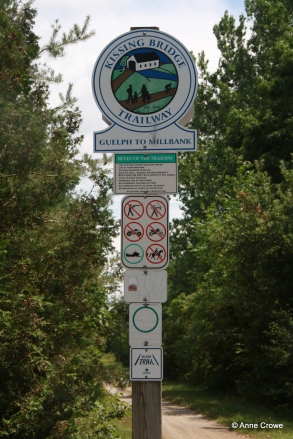 Unfortunately the train bridges have been removed, leaving only the bridge abutments.  The G2G foundation is working hard to raise the money to replace them.  (If you have a few hundred thousand dollars to spare, I am sure you could get your name on a nice plaque!)  In the meantime, the trail detours onto roads as it crosses the Grand and the Conestogo rivers.  On the positive side, this means that it passes through the historic covered bridge in West Montrose, but on the other hand there is a section at Wallenstein that detours onto very busy Hwy 86 over a constrained bridge. 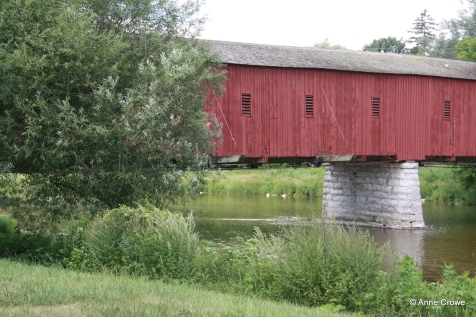 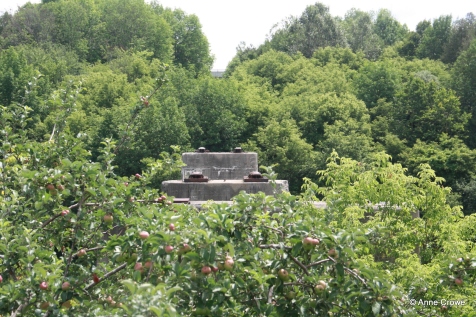 The sky was bright blue, flecked with puffy white clouds.  There was a gentle breeze.  The trail, made of hard-packed gravel and stone dust, was shaded by the trees that have grown within the rail allowance.  Riding eastwards, the trail was almost all downhill, passing through Mennonite farm country.  Buggies were parked beside old wooden barns.  There were carefully weeded vegetable gardens behind tidy farmhouses.  A team of horses were working a field.  An amazing day of cycling. 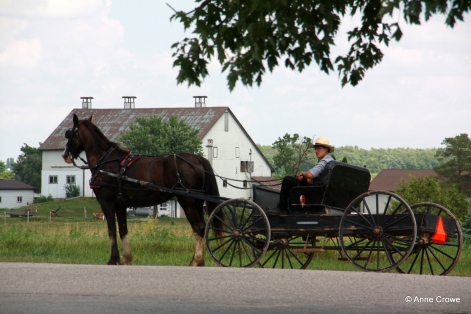 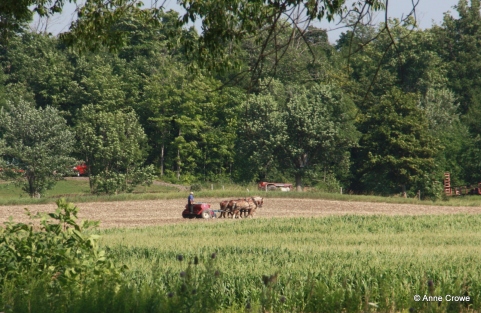 We stopped for lunch at Anna Mae’s Bakery and Restaurant, locally famous for home-made stick-to-your ribs cooking, such as Oktoberfest sausages, broasted chicken and pies. 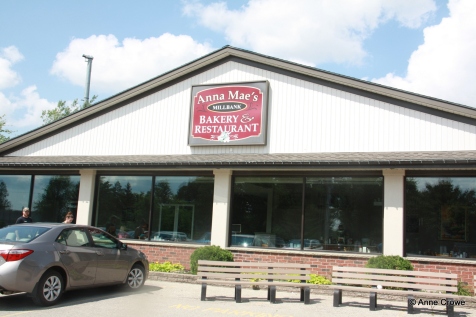 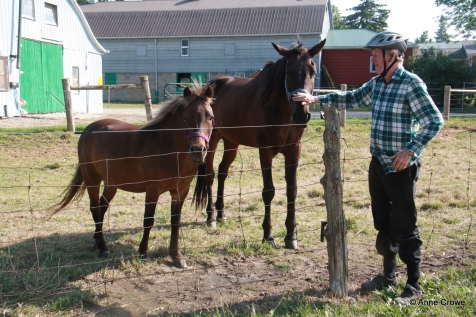 From Millbank heading west out of the watershed, the railway allowance continues with a much rougher trail, until close to Goderich.  An intrepid group of riders from the G2G organization successfully rode the entire length of the trail from Goderich to Guelph on the July long weekend.  The foundation is working hard with local governments to improve the trail and turn it into an iconic recreational hiking and cycling trail for local residents and tourists alike.