Walter Bean was a prominent local businessman and community leader who had a dream of establishing a trail along the Grand River in Waterloo Region.  After he died in 1998, the trail project was named after him and The Walter Bean Community Foundation worked to make this dream a reality.  The trail is incomplete but local municipalities are working to complete the trail from West Montrose in Woolwich Township to Cruikston Park in Cambridge.

Currently the trail officially starts at the corner of Country Squire Drive and Grand River Drive in Waterloo.  Woolwich Township is planning a route from Waterloo to West Montrose.  The most logical and scenic choice would be to continue along Country Squire Drive to Conestogo via the one lane “buggy bridge”, which is closed to cars but open to buggys and bicycles.  Therefore, we chose to start our bike ride at the buggy bridge in Woolwich Township. 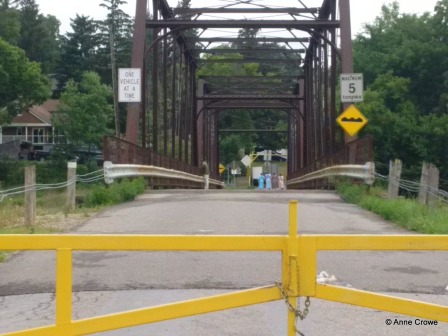 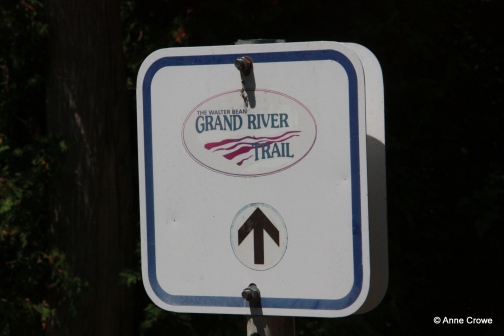 After a short ride on quiet roads, we reached the official start of the trail.  From here, the entire route through Waterloo is on multi-use trails.  The trail heads alongside the river to RIM park, for a spectacular ride with the river on one side and the golf course on the other.  From RIM Park there is a multi-use trail running beside University Ave and Woolwich St to Kiwanis Park, at the border with Kitchener.  There is a side trail around Kiwanis Park, with a beautiful wide trail beside the river.  Unfortunately, access along the river to Bridge St has been closed, so the trail detours down Woolwich St to Bridge St, with a newly constructed multi-use trail on the Waterloo side of the Woolwich St.  From the roundabout at the bridge, there is a short ride on Lancaster St before the Kitchener section of the Walter Bean Trail goes off-road following closely along the river, through Bingemans campground.  Here you can camp beside the river or “glamp” in a converted shipping container. 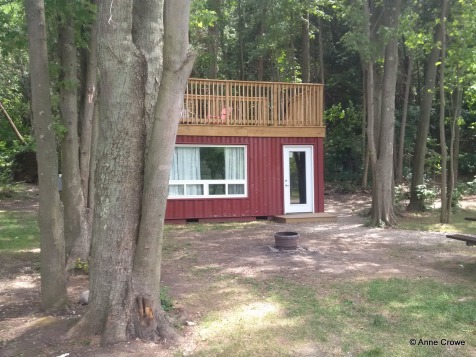 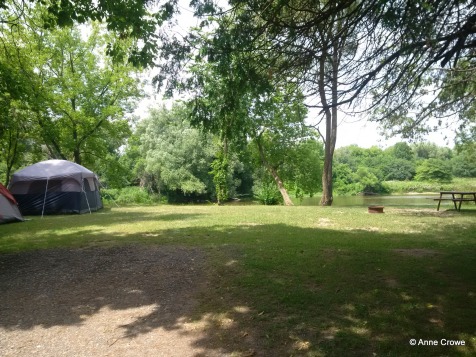 Apart from a couple of short connecting sections on roads, the trail is a gravel path beside the river, all the way to Woolner Trail.  It is a little rough for road bikes but eminently ride-able for hybrid or mountain bikes. 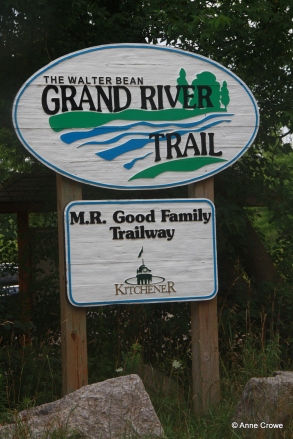 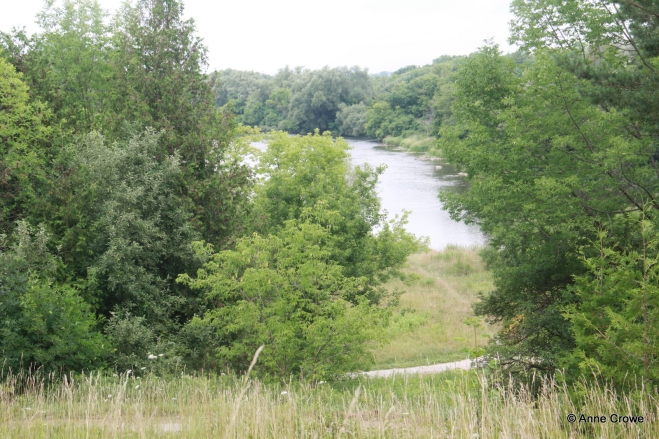 Between here and the Doon campus of Conestoga College, the Walter Bean Trail is definitely a work in progress.  Piecing together information from several maps, we will endeavour to find a route.  Stay tuned!