The Grand Valley Trail between Brantford and Paris is just as you would imagine the trail to be:  a well-maintained and well-marked path through the woods beside the river.  The sun was shining, but the forest shaded the trail and there was a cool breeze carrying the sounds of rustling leaves; the rippling of water over shoals in the river; and the buzz of love-sick cicadas desperate to mate before the end of the summer.  Civilization seemed far away.

The trail passes Brant’s Crossing and a massive pedestrian/cycling bridge over the Grand River.  The Grand Valley Trail doesn’t cross the bridge, but we could not resist making a detour to enjoy the view of the river from the bridge. 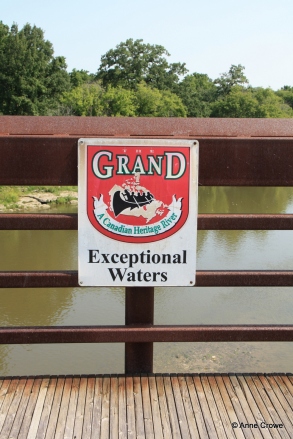 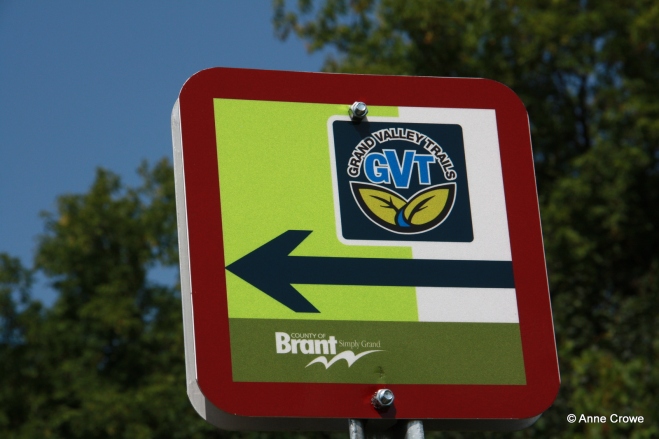 After following the rail trail for a little while, the GVT dives back into the woods and follows the curve of the river into Paris.  We collected our bikes and rode into town for a coffee, before cycling back to Brantford along the S.C. Johnson Trail, an impeccable, multi-use trail, which is part of the Trans Canada Trail network.