After a good night’s sleep at Jay’s Motel (a basic but clean, quiet and comfortable motel in the middle of the countryside between Jarvis and Cayuga) we started hiking from Townline Rd to Ruthven.  The trail starts beside a field and then enters a woodlot.  In places the trail was blocked by fallen trees and at times it was obscured by meandering side trails.  However each time we thought we were lost, we spied a blaze in the distance and were back on track.  At one point the trail circumnavigated a field, which is often a challenge as there is nowhere to put blazes, but we spotted a little boardwalk over a wetland and found the blaze leading back into the woodlot.  After a very short walk along Highway 54, the trail enters Ruthven Park. 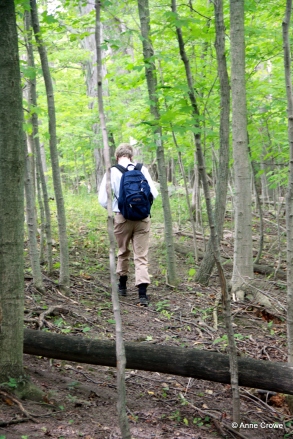 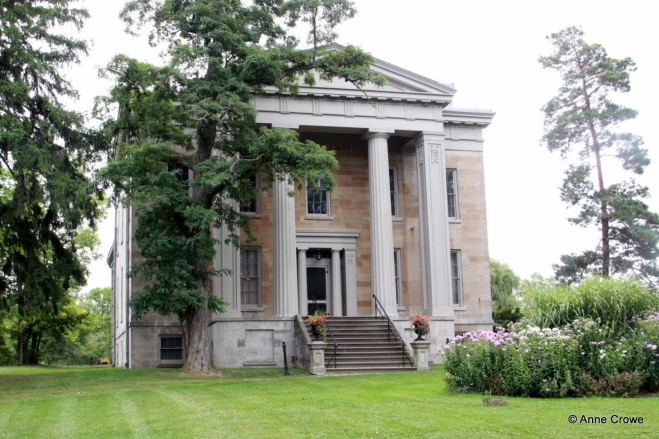 David Thompson was a prominent local businessman who became a politician when Upper and Lower Canada united into Canada in 1841.  The Thompson family lived in his mansion until the 1990’s, when it was deeded to the Lower Grand River Land Trust, who have opened the house to the public.  There are now walking trails through the wooded estate, which sits on the banks of the Grand River.  In the spring and fall, bird enthusiasts come here to band migrating birds.  We stopped at the old family cemetery and pondered the side-by-side gravestones for two young sons of the original owner, David Thompson, who died 4 days apart in 1836.  Not even great wealth could spare families tragic epidemics. 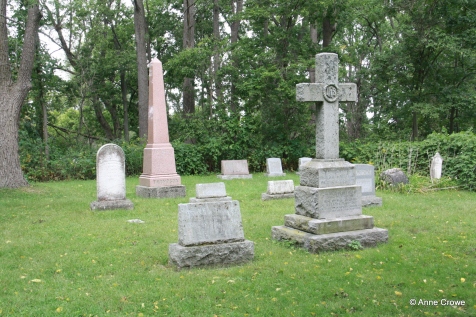 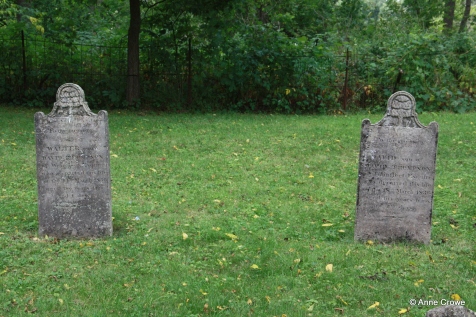 Leaving Ruthven Park, we returned to Caledonia for lunch and started out by bicycle towards Cayuga, along the Trans Canada Trail on the opposite side of the river.  At Cayuga, the TCT and the GVT cross the bridge over the Grand River in opposite directions.  We continued across the river and back up Highway 54 on the GVT to the start of our morning’s expedition at Townline Rd.   Back in Cayuga, we noticed an historic plaque to the Haldimand Tract, the land that the Crown granted to the Six Nations recognizing that they had fought on the side of the British during the American Revolution and had lost their land in the US.  Almost all of the land we have been traversing is part of that original land grant, which extended 10 km on either side of the length of the river.  Later we passed the Young Memorial Plaque, which recognizes the land grant given to the Young family, who were United Empire Loyalists who fought with the Six Nations.  John Young, the eldest son, married the daughter of Joseph Brant, the Mohawk leader and settled in this area.  The consequences of this history are still reverberating today. 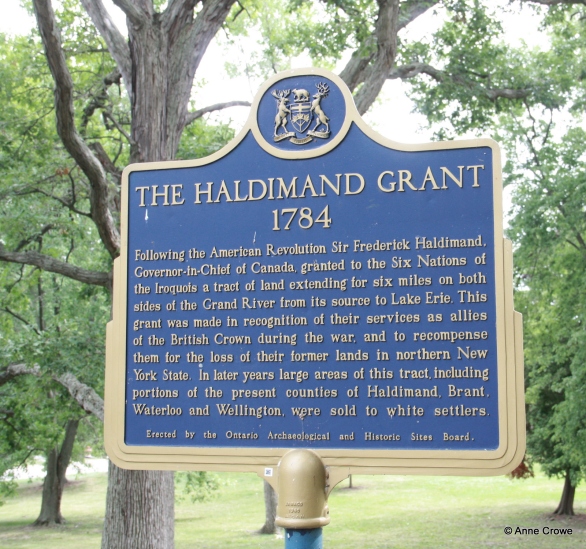 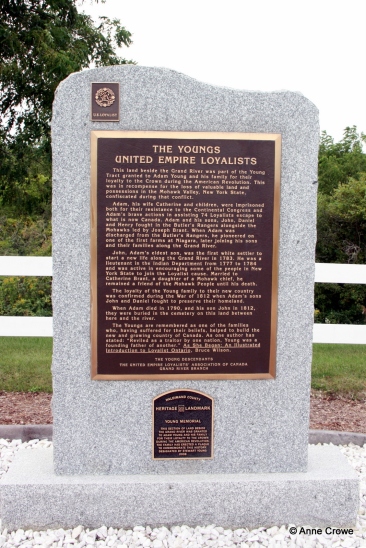 From Cayuga we again crossed the Grand River, returning to the west bank to follow the Grand River downstream along River Rd.  This is a very quiet back road that follows the edge of the river, past tidy old farms, such as the one below dating from the late 1700s. 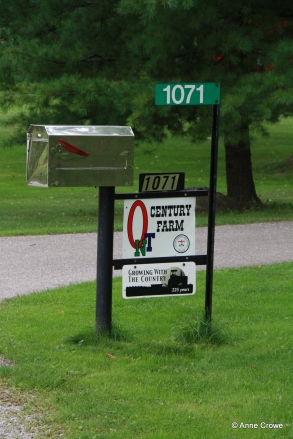 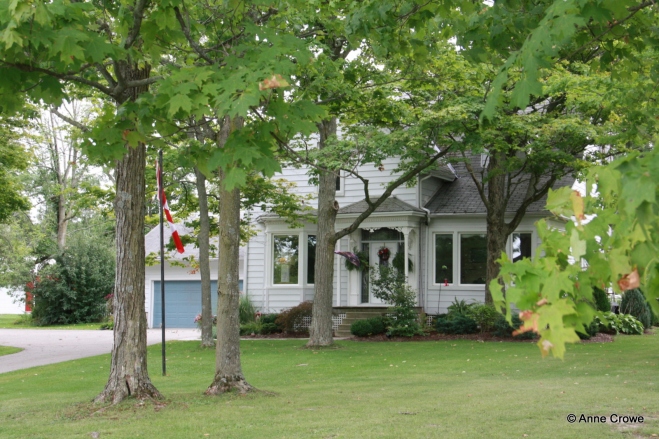 We had a pleasant ride for almost 20 km, with frequent views across the flood plain to the river.  After River Rd there was a short ride on busier roads, before we crossed the river one last time and entered Dunnville, finishing the ride beside a tiny public garden with a statue of a goose sitting on a mooring post. 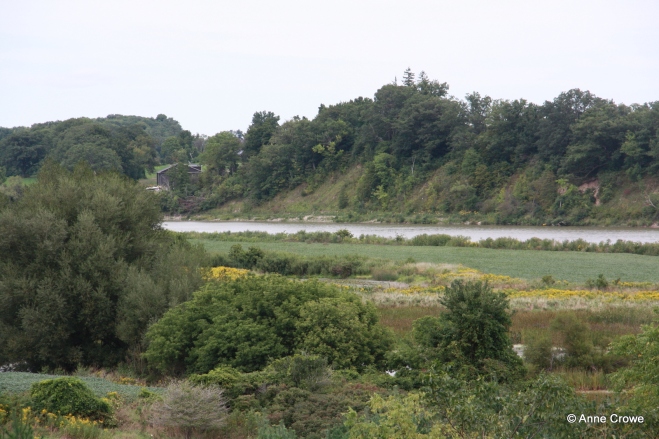 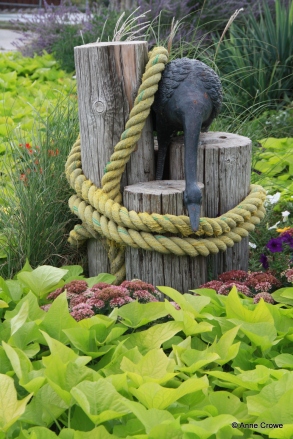